THE CALL OF THE WILD MOVIE REVIEW

The Call of the Wild is directed by Chris Sanders and stars Harrison Ford, Omar Sy, Dan Stevens, Karen Gillan, and Bradley Whitford. The plot of the movie is a sled dog struggles for survival in the wilds of the Yukon. I had a major issue with this movie and that is the choice to make every animal in the film CGI including Buck. The original book had a lot of darkness in it and this film is absolutely aimed at younger kids and families. The choice to have the dog be a cartoon throughout the entire movie really took out the sense of danger. I understand that when you have a dog constantly in a movie and have it be in peril you obviously cannot harm or put a real animal in that situation. It's not that the CGI is bad it's just very distracting.    Harrison Ford saves this movie. He's not in the first act that much and so the first 30 minutes is pretty boring. As soon as he shows up and as soon as he and Buck go on their journey the film improves significantly. Ford is so good in this movie even interacting with a CGI dog. Even being distracted by the CGI I still found stuff to like about the film mainly because of the beautiful scenery, the music, and Harrison Ford.  3 out of 5 stars for The Call of the Wild. I hope you enjoyed my review. 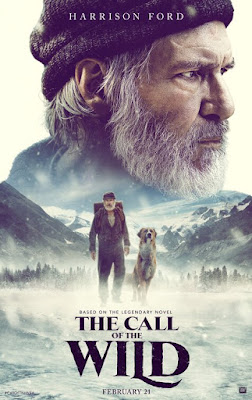